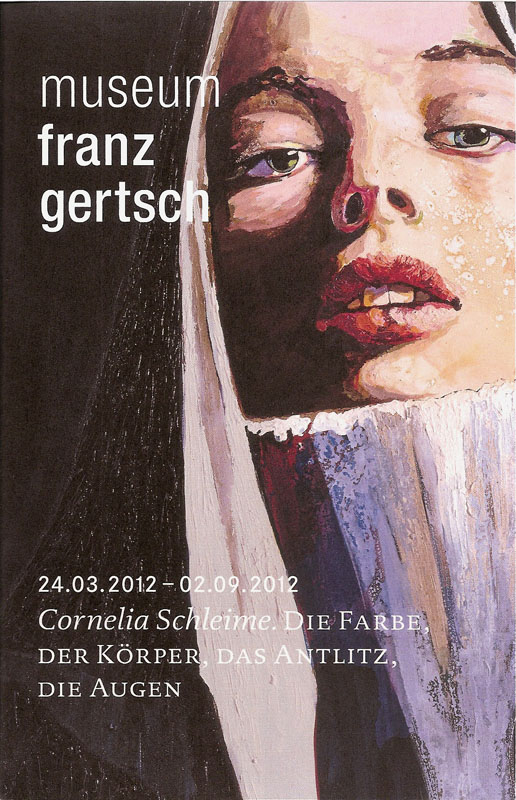 The Museum Franz Gertsch presents Cornelia Schleime, 'The Colour, the Body, the Face, the Eyes'. On view until 2 September 2012. Livingstone gallery will present a solo show by Cornelia Schleime at the gallery, opening May 6,  2012.

Cornelia Schleime is among the most important painters of the present day. This is her first major ex-hibition in Switzerland. She was born in East Berlin in 1953 and settled in West Berlin in 1984 under dramatic circumstances.  She paints, draws and watercolors women almost exclusively. We will be showing works from the past 18 years. Cornelia Schleime not only has a phenomenal instinct for colors, but her figures likewise thrive from the eroticism of the line as well as a mythic interplay of human, animal and fowl: Antlers become antennas, braided hair become tentacles. But a mythologization nevertheless does not take place: in a series from 2010, for example, she characterized these links as “camouflages.”  Cornelia Schleime achieves something very special in her sometimes large-format pictures that exude a fascination which is almost impossible to evade: She understands how to generate the individual in an explosion of color, immerse the outline of a body into mirrorings of light and integrate actions into a self-reflective intimacy. Her characters are always specific characters, in expression as well as in ap-pearance and demeanor.  The exhibition was curated by Jean-Christophe Ammann and Anna Wesle. The catalogue is available for sale in the museum shops and in bookstores.   Opening: Friday, March 23rd, 2012 at 6.30 p.m.